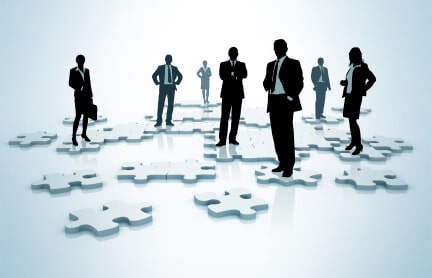 We always try to update you with all of the new laws and legal updates. We confirm as follows;

Guidance to accompany the act is currently being worked on so we will publish more details when it has been completed. We summarise below.

One of the primary pieces of fire safety regulation is the regulatory reform (fire safety) order 2005 which applies to common parts of residential buildings.

The responsible person (in a real context landlord) must carry out a fire risk assessment of the common parts and follow the order which requires keyless exists. They also require emergency lighting, fire alarms and extinguishers. This is not an unlimited list.

However, the fire safety order in its current form is unclear about external walls and interior doors leading to a common area.

External walls will include doors or windows in those walls, and anything to the extent of those including balconies.

As mentioned earlier, guidance is being worked on by officials and will publish more as soon as it is known.

Do you want an instant quote for landlord insurance? Click here for details. You can get up to 3 different quotes and it only takes 30 seconds.

New laws for right to rent.

The government extended the right to rent checks so that these can be done digitally. You can receive copies of a tenants passport on the front cover and internal photos pages in order to deal with the right to rent. However, you then have to either skype or meet the tenant to confirm that they are correct. If they are from the European community then they will now require a settlement letter. If they are from outside the European community then they will need a permit.

These digital checks have now been extended to the 1st September so landlords don’t currently have to meet their tenants. However, you should always check on the government guidance.

The legal update has confirmed all agents must now comply with the client money protection legislation. This has been pushed back twice over a period of time but all agents must now have some form of insurance by the 1st April. You should always check with your agent.

Deadline for the electrical compliance.

If you are a landlord you should now have an Electrical safety compliance certificate for every property you own. Commonly known as a EICR. This certificate proves that the fixed electrical installations have been safety tested by a qualified electrician. This ensures the safety for your tenants. If you haven’t got one then you need to as a matter of urgency. The report must be carried out and come back satisfactory.

In a bid to stop developers from building homes without enough space or natural lighting, the government is planning on new legalisation for minimum space and light requirements.

The proposed law will target developers using the permitted development rights commonly known as PDR. This is a fast-tracking service currently allows developers to transform buildings into homes without applying for full planning permission.

Do you want to get a commercial quote? Not just one but up to three? Click here it only takes a minute of your time to do so.

If you are a landlord on a turnover of more than £85,000 you should now be using the MTD. The system requires you, the landlord, to send MHRC quarterly updates of income expenses via your digital tax account. This works out the tax for you as you go so that at the end of the year rather than completing a tax return you simply sign a declaration to say the numbers are correct.

If you are not using MTD but should be, the deadline is going to be set at some point in 2021. There will be a potential for an additional deadline in 2022 for all businesses to sign up in respect of the turnover.

The renters reform bill is due to abolish the section 21 notice. This has been delayed on various occasions but is now the year the government definitely want to abolish it. Currently a section 21 allows landlords to evict tenants with a notice period of 4 months after a fixed term tenancy ends or during the tenancy with no fixed end date. The government has had plans for many years to incorporate this in the renters reform bill. The abolition of the section 21 would essentially mean that all evictions would need to go through the courts or would have to have a specific reason for them to leave.

The government are considering making it compulsory to have consultation through a Breathing space scheme rather than by the local authority. This allows a tenant to go to the local authority who may be having mental issues or financial problems to speak to a councillor. If they are then put into Breathing space the landlord will not be able to evict for a period of time.

The government have changed the notice periods from 6 months now down to 4 months for landlords.

Pets. As a landlord do I still need to accept tenants with pets?

The government amended their own standard tenancy agreement to include pets within it. This does not mean that landlords have to compulsory take pets. It is only the landlords standard agreement. There has been 2 private bills that have been entered into. These have both been delayed and thrown out by the house of commons.

There is a high likelihood that the government will try to introduce this in another bill at a later date. We will keep you advised.

There has been some minor amendments to the code of practise and the right to rent scheme from the Government from the 6th July 2021.

The changes are as follows;

Confirm when a tenancy is considered as being entered into for the purpose of the right to rent check.

Update acceptable list A, Group 1, to confirm documents 7 and 8 can be either current or expired.

They have also updated the “landlord’s guide to rent” checks to provide guidance on;

The updated code of practice and guidance are available on GOV.UK at:

A factsheet and Q&A document detailing the legislative changes can be found on GOV.UK at:

The energy white paper a subsequence policy statement will be introduced by both houses of parliament this week. This is the first time this has ever happened. The Bill is being seen as vital for the achievement of Net Zero. The Government see this to spur greater investment by industry and lower fuel bills for people. They are presenting it to both houses in order to speed things up. Both MP’s and Lords are being urged to support the minimum energy performance of Buildings Bill.

What will this Bill cover?

It will cover a huge amount of energy efficient requirements especially for landlords.

The policy that the Government is following is as follows;

Homes should be EPC band C by 2035 where practical, cost effective and affordable.

All Private rented sector (PRS) homes should be EPC band C by 2028.

Mortgage lenders should ensure that an EPC band C average for their portfolios by 2030.

Non-domestic commercial lettings are to achieve EPC band B by 2030.

Whilst the Bill has been campaigned to go to a Net Zero target it will put a huge amount of additional requirements on landlords both residentially and commercially. The Government see the Bill to deal with energy efficient homes up and down the country and lower peoples bills. However, it will have the opposite effect for landlords. In order to increase some of these by moving it to band C and commercial to band B.

Whenever this has come to parliament before there has always been a restriction on the amount of money landlords have to pay but at this moment in time there is no full content. We will only have to found out what the Government intends in the detail. We shall update you when we have further information.

Do you want to get a commercial quote? Not just one but up to three? Click here it only takes a minute of your time to do so.

Tax clamp down on landlords by HMRC.

The inland revenue has now announced that they are clamping down on investors/landlords who own properties. This is to ensure that they extract the maximum amount of tax from buy to let and other property investors. HMRC let property campaign encourages tax payers to voluntary disclose any tax they owe on their rental properties.

They receive 4,330 disclosures in 2020-2021 that is a 42% increase to the previous year. The inland revenue have now announced live webinars about the subject covering how to tell the HMRC you are receiving income from your property. They will also describe landlord inductions and expenses and topics such as using cash basis, mileage rates and finance costs. 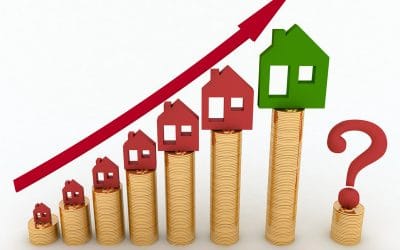 END_OF_DOCUMENT_TOKEN_TO_BE_REPLACED

Rent to rent. Is it a scam or the new way of working?

END_OF_DOCUMENT_TOKEN_TO_BE_REPLACED 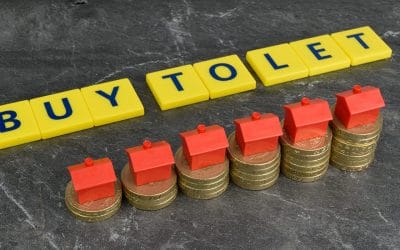 Mortgage boost for landlords on buy to let deals